Skip to content
Rest of World  Ferrol. An adventure for the whole family
FacebookTwitterPinterestLinkedInTumblrRedditVKWhatsAppEmail

We are in Ferrol, in the north of the province A Coruña, which is why we can’t count on heat, but this doesn’t mean there aren’t some very good beach days in summer, which forces everyone to change plans or drop whatever they are doing just to run down to one of the marvelous untouched beaches, such as Santa Comba or Ponzos.

However, to feel at ease with the kids playing in the water, we recommend the beaches of the Ferrol inlet, such as the Cariño and San Felipe beaches. 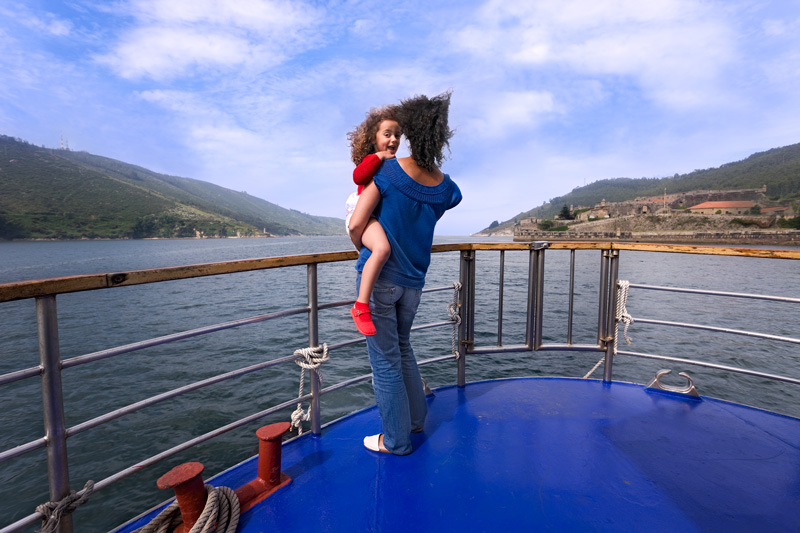 Leaving aside the weather and the beaches, Ferrol offers many things for the children to do including the naval architecture route “La Ruta de la Construcción Naval” (www.larutadelaconstruccionnaval.com) or the route “Las Meninas de Canido”. To take part in the guided tours you must first visit the Municipal Tourism Office in the Curuxeiras harbour or call (0034)619177402. 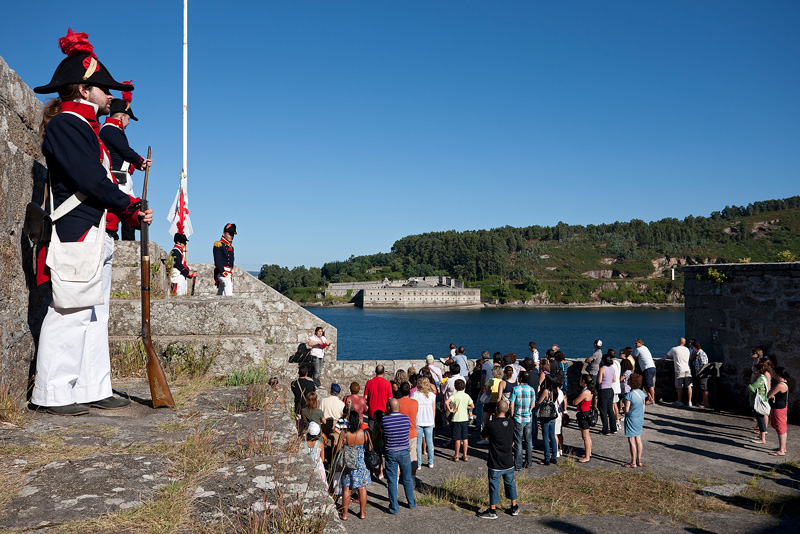 The Ruta de la Construcción Naval takes you on a journey across several centuries, beginning in the 18th century with the shipyards and the fortresses of the Crown and ending with the current shipyards of Navantia, worldwide leader in the construction of warships, which are visited by the city-tren and with an expert guide. Open during the Easter week, long weekends, in summer and throughout the year for groups.

There are also guided tours to the Arsenal, declared of cultural interest. Some of the Spanish fathers and grandfathers probably visited this place in their youth when they were in the military service. Today the Arsenal is visited for the brilliant engineering of its docks, such as the “Dique de la Campana”, one of the best hydraulic systems of the 19th century, which is still in perfect working order today, or the impressive “Batería de La Cortina” with its canons lined up facing the sea, not to mention the Armory.

Nevertheless the most exceptional experience, both for adults and children, is the opportunity to climb aboard one of the new F-100 frigates, which we often hear about on the news because they fight against pirates.

Through the inlet by boat and dramatized visits

You shouldn’t miss a boat trip through the inlet of Ferrol, cruising between historical military fortresses, fishing villages and also observing huge gas tankers and navy frigates based in Ferrol.

In summer (also in Easter week) you can take a boat from the Fernández Cabana company to the castle Castillo de San Felipe (18th century). Here they offer dramatized and guided tours, where the children learn how the soldiers lived during that period, while the adults can enjoy the marvelous view over the inlet and of the castle “Castillo de La Palma” that is situated just opposite but belonging to the municipality of Mugardos.

To complete the full route takes two days because there are several tours included, some are guided and others you can explore on your own, like the shipbuilding exhibition “Exposición Nacional de la Construcción Naval” (Exponav), the largest museum in Europe dedicated to this activity and located in a beautiful 18th century factory, or the Museo Naval (free admission) with a permanent exhibition of old ships, navigation material, nautical charts…

Ferrol. An adventure for the whole family 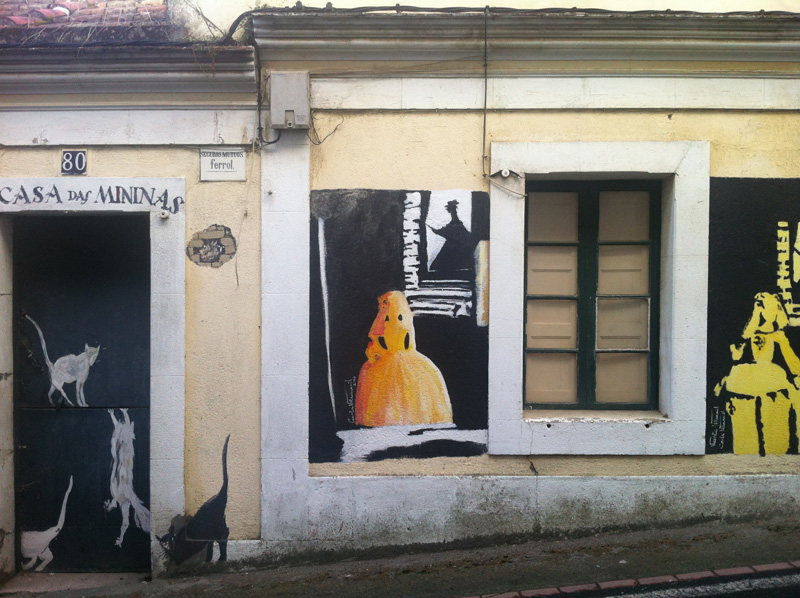 The route Ruta de las Meninas de Canido will awaken the artistic spirit of children. Canido is a neighborhood of Ferrol that was neglected until the local painter Eduardo Hermida took the initiative to organize an annual event dedicated to painting “Meninas” (cit. Damsel of a castle) which gave the neighborhood a bohemian look, helping Canido to recover by attracting more and more visitors. Today more than 200 damsels can be seen on walls, doors, windows and street furniture, each interpreted in a different way by national or international artists who have attended the event. You can learn more about the history of this project at www.meninasdecanido.com.

Friendly atmosphere and activities in the town

After all the tours it’s nice to take a welcome rest and have a bite to eat at one of the terraces. In summer in Ferrol there are many terraces in the pedestrian streets of the quarter Barrio de la Magdalena, in the historic commercial center of the town, in the parks of Cantón and in the harbour of Curuxeiras.

In the center of Ferrol there are charming promenades and squares with areas for the chilren to play, like the promenade “Alameda de Suanzas” and the square “Plaza de Amboage” not far from the remodeled park “Parque Reina Sofía”. The headquarters of Aquaciencia was based in this park until last May, when it moved into a building in Cantón area. Aquaciencia, (free admission), is a place to learn and play with the main element of our planet: water.

Another way to learn and have fun is to visit the museum of nature Museo de la Naturaleza de Ferrol (open Monday to Friday in the morning and the entrance is free), which offers an interesting collection of fossils and remains of animals, including a giant squid and local plants and minerals. 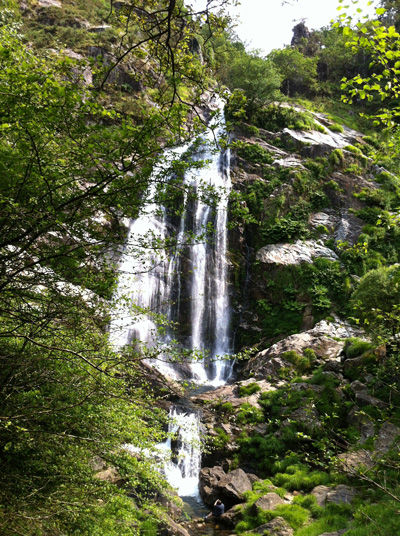 Possibilities in the natural environment

And last, but not least, if you would like to do some hiking or biking there also quite a few options. This summer Ferrol inaugurates the route Ruta Ártabra, a 50 km trail that primarily follows the coastline and is off-road, so that some stretches lie between cliffs and beaches.

Only a few kilometers away from Ferrol, a must-see is the natural park Parque Natural de las Fragas do Eume, which is one of the best preserved areas of Atlantic forest in Europe. In summer the park can be reached by boat, upriver from the mouth of the Eume river (departure from the Cabanas tourist office, tel.: 0034-646 754189). The boats run from the beginning of July to the middle of September in the mornings and afternoons, depending on the tides.
Another fun way to get to know the Fragas do Eume is to visit the park’s interpretation center and afterwards rent electric bikes from Tour e-Bike and ride through the park.

Also, in the municipality of Neda, you can take a walking path along the Belelle river that ends at a majestic waterfall that leaves everyone speechless!