Fascination with pyramids has inspired many books and even today causes a mystical attraction to these structures. But you don’t have to travel to Mexico or to ancient Mesopotamia to experience the magic of pyramids. In Güimar, close to Santa Cruz de Tenerife, we can visit several pyramids thanks to the Parque Etnográfico de Güimar (Güimar Ethnographic Park). 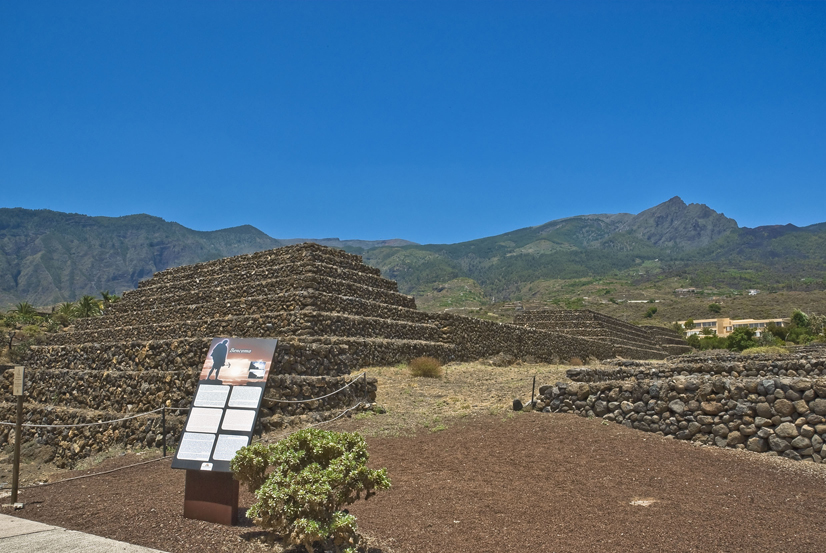 About 30 kilometres away from Santa Cruz de Tenerife we have the opportunity to get to know some amazing buildings. The pyramids of Güimar are shrouded in mystery as structures of this type often are. The ethnographic park is excellent and gives us the opportunity to learn many things about the pyramids. Altogether the park occupies 64.000 square metres and has a variety of facilities. There is a museum, an exhibition, lecture halls, a botanical route and a leisure area. Various cultural events and activities are offered here, as well as guided tours for schools, associations and other groups.

The origin of the pyramids

Before we talk about the details of the park, we should focus on the main attraction. The pyramids of Güimar sparked the interest of Norwegian anthropologist Dr. Thor Hederdahl after he read an article published in a local Tenerife newspaper. The researcher, who is internationally known for his transoceanic expeditions with prehistoric boats and his theories of human migration , carefully explored the pyramids and put forth the hypothesis that the pyramids were built according to the architectural principles of the old and the new world. In this sense he connected the pyramids with famous buildings from Sicily, Mexico, ancient Mesopotamia, Polynesia and Peru. 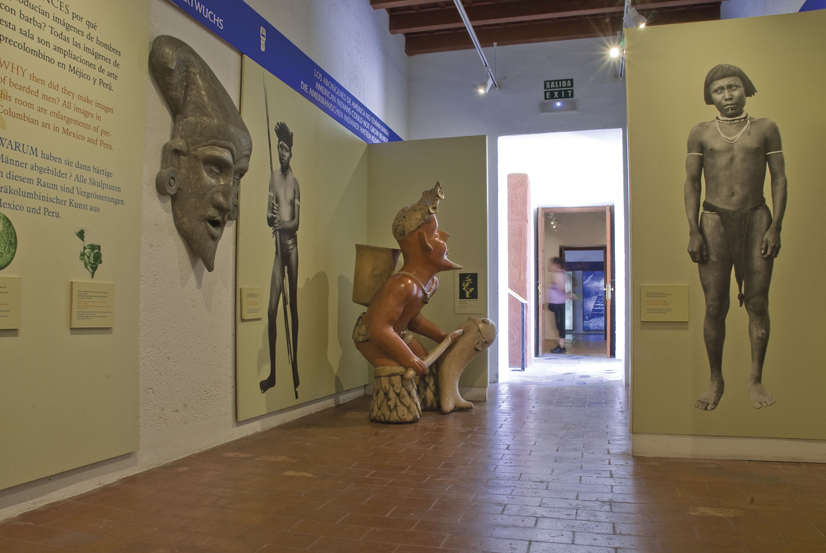 The truth is that nobody knows the true origin of the pyramids. There are various theories in this regard. Some researchers propose that they are only cairns gathered by farmers cleaning the terrain for its future cultivation. Following Thor Heyderdahl’s research, some archaeologists started to relate the existence of the pyramids with ancient civilizations. An illuminating finding is the orientation of the pyramids. Researchers at the Instituto de Astrofísica de Canarias discovered that the pyramids are astronomically aligned with the summer and winter solstice.

The ethnographic park was the answer to town planning that endangered the conservation of the pyramids. Thanks to this effort, we can enjoy these entertaining and educational facilities with our children. As soon as you arrive, you will be offered the possibility of using modern audio guides, which explain the different theories in an entertaining and educational way. The audio guide is available in 7 languages.

Rivers Baixas: Nature and culture for everybody

Vera: Quality of life on the coast of Almería

Province of Teruel: A journey to its origin

Exposition in the museum

The Museum is one of the key features of the park and is located in the old Casa Chacona house, that was renovated according to the traditional architecture of the Canaries. The different rooms contain exhibits that reproduce the cultural vestiges of the old and new world and that provoke questions about the possible cultural contacts between the two coasts of the Atlantic. 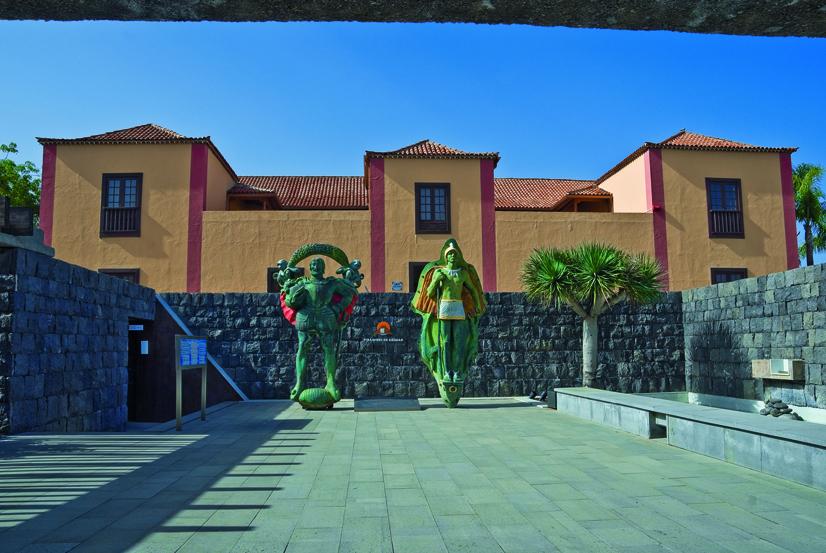 The exhibition displays the results of the different archaeological excavations carried out at the pyramids and in their surroundings. The archaeoastronomical research on the alignment of the main pyramid with the summer and winter solstice is explained and there is a lot of information about primitive navigation and the global use reed boats and one of the largest collections of examples of step pyramids in the world.

After visiting the museum, our route leads us to a panoramic terrace where we have a scenic view over the pyramid complex.

Also of great interest is the auditorium, located in a newly built semi-subterranean building, designed with the aim of not harming the environment. The hall has a capacity for 164 persons and shows a documentary about the investigations into the step structures in Güimar and the exciting transoceanic crossings with primitive boats made by Heyderdahl. The documentary is shown continuously in six languages. In the auditorium there are replicas made to scale of the different reed boats used by Heyderdahl and a visual diary of his life that is part of the permanent exhibition “Thor Heyderdahl: the man, the myth”. 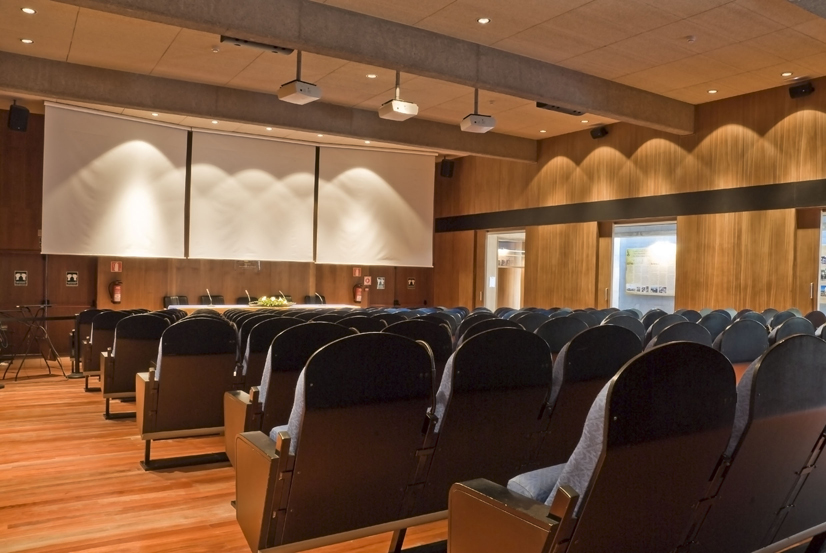 A walk among the pyramids

Leaving the Auditorium we will experience one of the most exciting parts of the park, we will finally see the pyramids up close. The landscaped path passes between the pyramids and gives us the opportunity to observe the structural details like the meticulously carved volcanic stones and their precise archaeoastronomic alignment.

There are still more surprises in store. The Chacona cave lies exactly underneath pyramid number 1 and was discovered by a team of archaeologists from the Canary Islands and from the United States. Archaeological remains of the Guanches were found here and carbon-14 testing revealed that they are from the years 680 – 1020 AD. 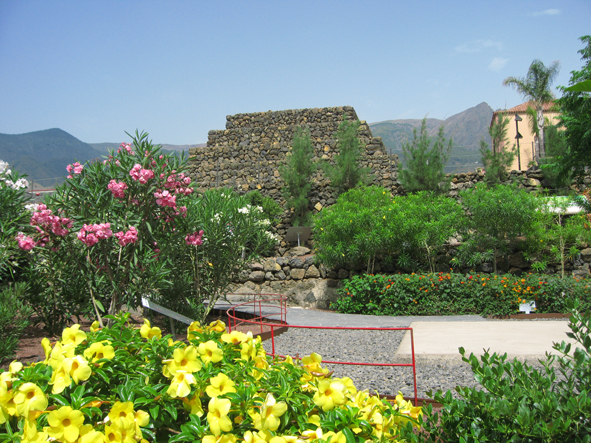 The gardens are one of the biggest attractions of the park with 20.000 square metres of botanical areas and landscaped terraces. Plants native to both the Canary Islands and other parts of the world are represented. They are labelled with their common and scientific names and their place of origin. Additionally, there is a botanical route with information panels that describe the most representative species of Canary Islands flora. We can also take the exportation route which provides details on the products of vital importance for the economy of the archipelago throughout its history. 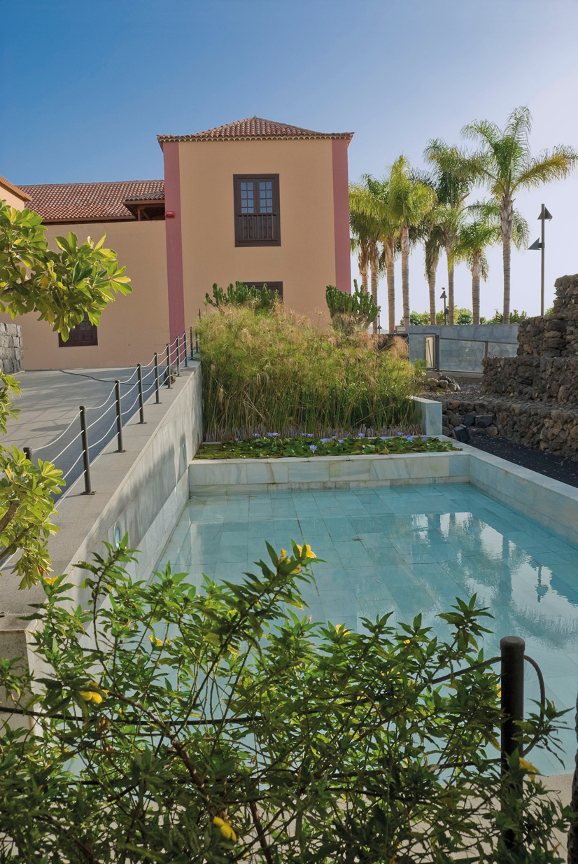 The Pyramids of Güimar Ethnographic Park offers, in addition to everything already mentioned many more options so we all can have an entertaining and enjoyable day.