Skip to content
Andalusia  Vera: the art of summer in family
FacebookTwitterPinterestLinkedInTumblrRedditVKWhatsAppEmail

In Levante Almeriense we find the town of Vera, located in a privileged coastal area that acts as a large balcony to the Mediterranean. To this we must add its rich cultural, historical and gastronomic, incredible light that bathes the region and the nature that surrounds it and we find the perfect place to enjoy an unforgettable holiday with family. 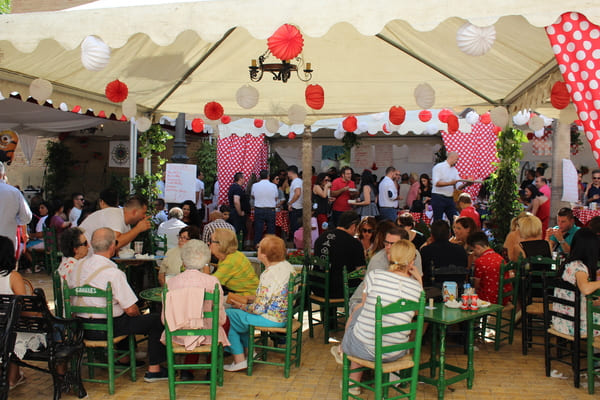 Thanks to its strategic location, in Vera we can enjoy unique experiences such as routes for nearby natural parks or venture into the world of Speleology. The offer of cultural and recreational activities as well as nautical and sports it is virtually unlimited and will enable us to pass it great in one of the most attractive fields of the province.

In Vera there are six kilometers of beaches in the Mediterranean coast and which are recognized in international way not only by the purity and quality of the waters that bathe them but also by the natural environment that there is to her around. This has led to its beaches have received several awards over the years. 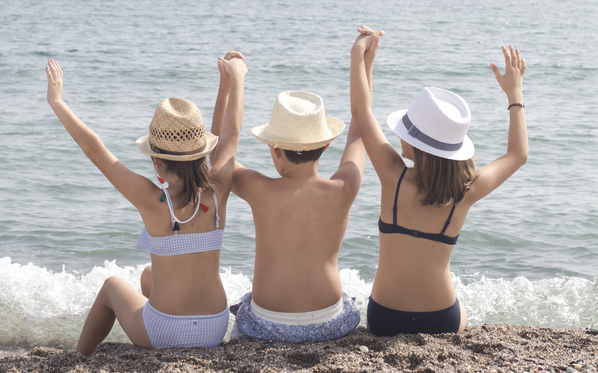 If we start from the South you will find the Beach of the Marinas-Bolaga that since 2006 has the Q certificate of Quality by ICTE. This beach is almost two kilometers in length and a range of a hundred meters. If we continue to the North, we arrive to the Beach de Puerto Rey where there is a small lagoon with Reed beds where you can see various birds resting on their migratory route.

And after passing El Playazo, we will arrive to Quitapellejos, a charming Beach located in a beautiful Cove that has a pine forest as a backdrop. This place stands out for its quiet, which makes it very suitable for young children. In addition, enjoy of a Plan de Regeneración de Playas that has increased the quality of its services and its offer of leisure activities.

All of these beaches have services such as coastal surveillance, first aid and signages. They are perfectly accessible and have equipped toilets to bathe the feet, showers and areas specially equipped for children. In addition, there is public transport to move from any of these beaches to Vera

A walk through history

If we walk on the side it will make us discover the history that has left its mark in the form of a great cultural heritage. Of course, the visit begins in the Plaza Mayor, hub city and around which we find the parish church  Nuestra Señora de la Encarnación and Town Hall. The temple, from the 16th century, has the uniqueness of respond to the Moorish and Andalusian model of Church and fortress which gives you a robust and defensive aspect. The Town Hall, on the other hand, comes from the 19th century and is the most remarkable civil building in the city. 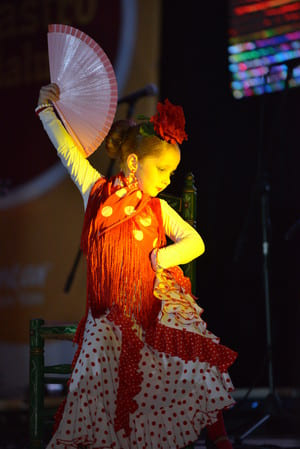 To have a breathtaking view of the coast and also in the Valley, we must go to the Mirador-Ermita del Espíritu Santo (15th century) where located is the site of the ancient Hispanic and Muslim city called Bayra and that it was founded by the Arabs and reconquered by the Catholic Monarchs in 1488. There you will see the remains of the Castle and the walls which, in turn, were raised about the age of bronze and Roman settlements. These ruins were declared Zona Arqueológica de Interés Cultural in the year 2004 by Junta de Andalucía (BIC).

Another interesting point where enjoy some great views is the Glorieta and la Ermita de San Ramón (18th century). It’s a viewpoint that is surrounded by beautiful gardens and adjacent to the shrine in which the image of Jesús Nazareno. In the Ermita de la Virgen de las Angustias (18th century) the image of this Virgin, patron saint of the city is very worshipped by its inhabitants.

Another very interesting to visit with the kids site is the Centro de Interpretación Etnoarqueológico located in the Recinto Ferial el Palmeral, a former plantation of Palm trees. Here we can see a replica of a prehistoric cabin that recreates everyday scenes of primitive lifestyle with reproductions of household items. This reconstruction, is also located in the same place when there was a settlement in the bronze age of circular cabins.

In addition to these buildings, there are spaces in which to stroll in family and enjoy good weather. One of them is the Paseo Miguel de Cervantes Saavedra, a park in the city which serves as a venue for various cultural activities. The Rambla del Algarrobo It is a park that surrounds the city providing excellent views of the coast. There you will find a large artificial lake and also see native flora. Finally, we have the Paseo Marítimo located in Playa de Las Marinas Bolaga. Numerous cultural and sporting activities take place at the.

Another way Vera enjoy and soak up its essence is to attend some of the festivities. They are a great opportunity to live as one inhabitant of the town and learn their traditions and customs. One of them are Fiestas Patronales de San Cleofás held the last week of September to commemorate the lifting of the siege after the siege suffered Vera by Moorish troops led by Aben Humeya. 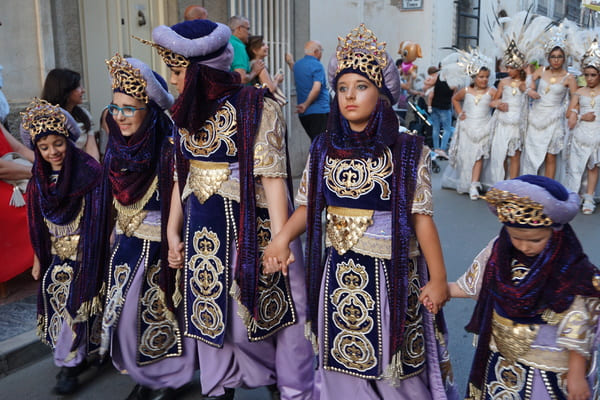 With the passage of the centuries, the festivities have been changing its content. Currently a special hobby around the theatre has developed as it can be seen during the celebration of the  Festivales de Arte prior to the start of the festivities.

Other activities that can be enjoyed during these days are the traditional inaugural rocket from the balcony of the Town Hall, Proclamation of the holidays with the choice of Reinas y Damas Infantil and Juvenil in El Palmeral, the traditional bullfight to young people and children in the emblematic calle Isabel la Católica, the popular fair in the Recinto Ferial El Palmeral, bullfight  and  Tradicional Desfile de Carrozas, prelude to the solemn procession in honor to San Cleofás. 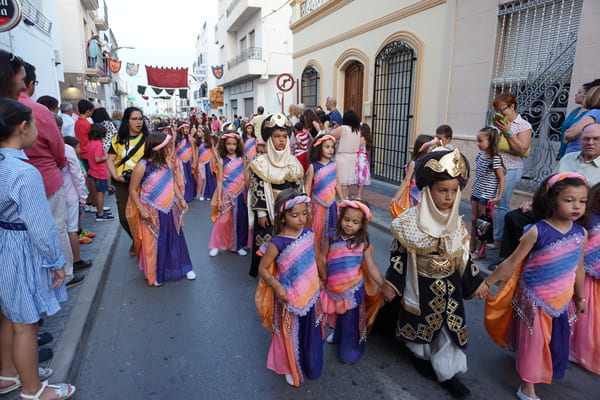 The procession is the end of the festivities with a snap of exception, a great castle of fireworks that will leave us all with their mouths open. In addition, there are also a wide variety of sport competitions and games both for young people and for older adults who join a week loaded with joy despite marking the end of the summer.

If San Cleofás is the patron of Vera, the Virgen de las Angustias is its Patron Saint since 1888 . She was appointed on the occasion of the fourth centenary of the conquest of Vera by the Catholic monarchs and the festivities are held in his honor de Nuestra Señora de las Angustias. 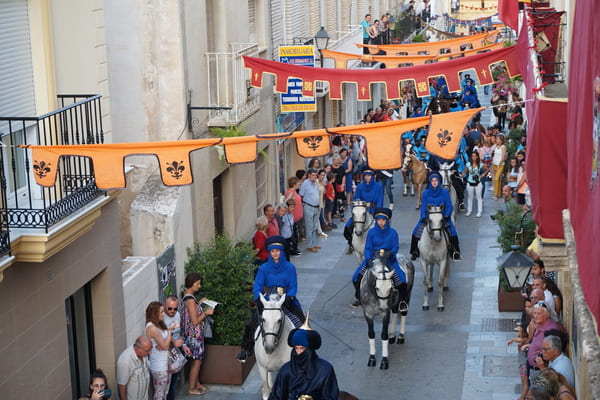 These festivals are held around June 10 with several activities such as the traditional parade of Gigantes and Cabezudos accompanied by Banda Municipal of Música de Vera, the wreath and la verbena popular in Plaza Mayor. We can also approach to the tents of the brotherhoods to taste typical dishes of the cuisine of Vera.

This offer is extended with the Festival Nacional de Corales «Patrona de Vera», the procession of Corpus Christi and the gastronomic competition of the third age, among others, culminating with the solemn procession of the image of Virgen de Ntra. Sra. de las Angustias through the streets of the municipality. 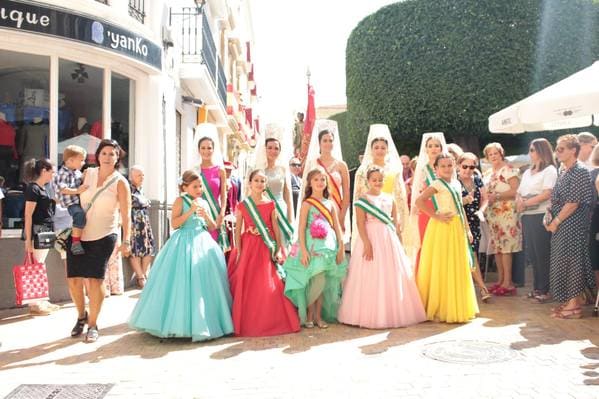 From the year 2014 are held within the framework of these parties the Gran Desfile de Moros y Cristianos. That was a point by a group of people initiative was so successful that it has firmly established itself among the indigenous people of the Vera and has culminated with the birth of Asociación Cultural Moros y Cristianos de Vera.

There are two reasons why is celebrated this feast which, actually, is rather a commemoration. One is to follow the celebration that took place until the year 1919 in the area of Virgen de las Huertas on the occasion of the week aid received at the siege of Aben-Humeya which led to the liberation of Vera the day of San Cleofás of the year 1569. 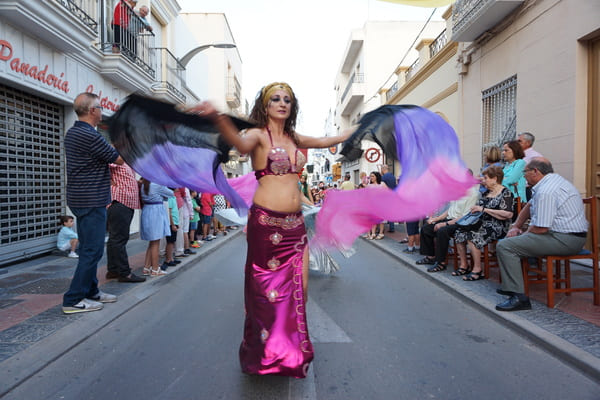 Before that, in the year 1888, when the fourth centenary of the Capitulaciones de Vera, There is a great commemoration of the delivery of the keys to the King Fernando el Católico involving all of the guilds, and two years later, in 1891, was proclaimed Patron Saint of the city of Vera to Virgen de las Angustias next to San Cleofás.

In addition to the parade, it represents the moment of the delivery of the keys of the city to the King and a foodie’s tour through the different camps of Moors and Christians that there is carried out in several points of Vera in which we can try different dishes Trad any.

The parade fills the streets of Vera de alegría, music and colour and the Association grows the desire to get it every year bigger and offer more fun and entertainment at the same time that builds its own personality. Although this parade baby from other traditions such as the Alicante or grenadine, historical acts of Vera make the fact to be celebrating something unique.