The province of Lugo always has something reserved to surprise us in the form of wonder hidden in the most unexpected corner. That is why a family holiday means endless adventures, a captivating history and a culture that will enchant us from the very first moment. There is no doubt: the province of Lugo is a destination that catches on. 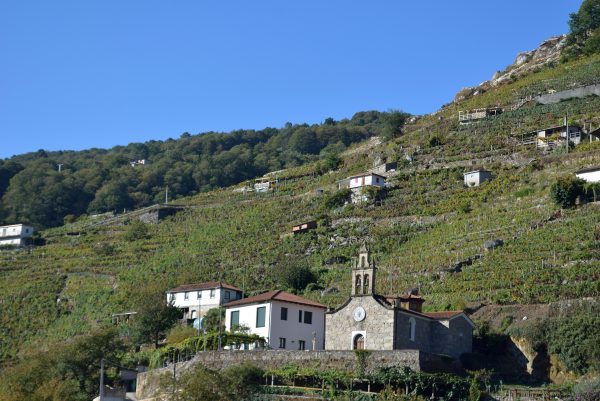 The Ribeira Sacra is one of the great treasures hidden in the interior of Galicia. It comprises twenty-one councils located in the south of the province of Lugo and in the north of Ourense, all of them united by the courses of the Miño, the Sil and the Cabe.

There we can find leisure and adventures of all kinds. To begin with, we can go both to the coast and to the mountains, so we can choose, or even enjoy both! We can also go on hiking and river routes to discover its magnificent nature in the company of the whole family. And to recover your strength, we have a healthy and delicious gastronomy around which to chat with our children, creating memories. 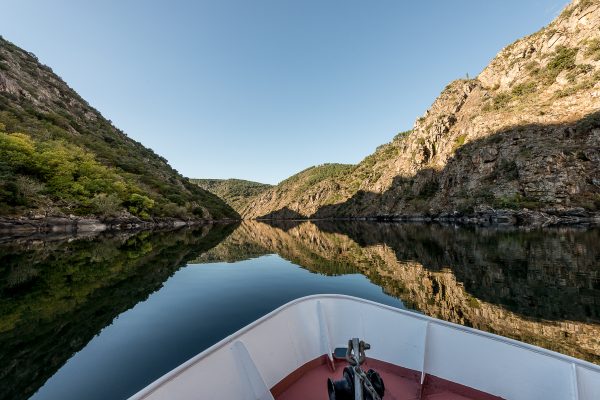 The Miño and Sil valleys represent one of the main attractions of the Ribeira Sacra. For this reason, the County Council of Lugo offers us the possibility of travelling along its river courses on board of tourist boats to enjoy the landscape of these rivers and the reservoirs of Os Peares and Santo Estevo.

There are two itineraries that we can take to discover this beautiful area of the Ribeira Sacra, candidate for World Heritage status in 2021.

The surroundings of the Miño River are a haven of peace where we can relive the memory of the people who lived in the area and get closer to a history and culture created by the daily life that took place around the river. We can also enjoy the view of the Romanesque churches of San Martiño da Cova and Santa Maria de Nogueira. 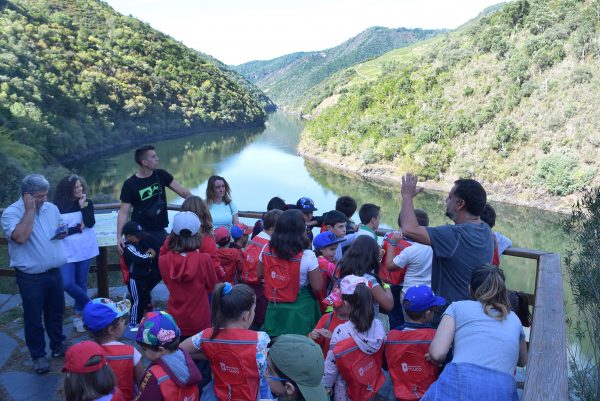 This route will also allow us to enjoy the well-known meander of O Cabo do Mundo, one of the most mythical places of the Ribeira Sacra and that is a pronounced curve that describes the Miño between Chantada and O Saviñao.

Here we will also see areas of vineyards located on steep, almost vertical slopes that belong to the Ribeira Sacra Designation of Origin. Further on, in the rocky Sil Gorge, we will discover great geological wonders dotted with the medieval footprint of the hermits and the most abundant remains of rural Romanesque in Europe.

Monforte de Lemos is the capital of the Ribeira Sacra and there you will find many cultural options perfect for a day out with your family. There are cultural spaces such as the Torre del Homenaje del Castillo de los Condes de Lemos, the Museo del Ferrocarril de Galicia, the Museo Casas de Muñecas, the Pazos de Tor and Molinos de Antero or the Centro del Vino. All of them will lead us through different experiences that will make us know the history and culture of the area.

Apart from the route mentioned above with its corresponding activities, there is much more to do in Monforte de Lemos. In spring, summer and autumn, the Tourism Consortium organizes activities such as balloon trips, Romanesque routes, kayak trips, photography workshops, mycology, geocaching, mining routes, collaboration in grape harvesting and, of course, the vinobus that tours wineries and places of heritage and landscape interest, such as the Monastery of Las Bernardas, the Museum of Arxeriz or the Castle of Castro Caldelas.

In addition, the city has medieval vestiges everywhere so that at all times we will be in touch with its history, its Jewish quarter being one of the most important points.

We can look at the stars in the Tower of Homage, the Jewish houses in the old town or the small counters used by merchants during the Middle Ages, as well as the House of Gaibor, a family of wealthy converts. 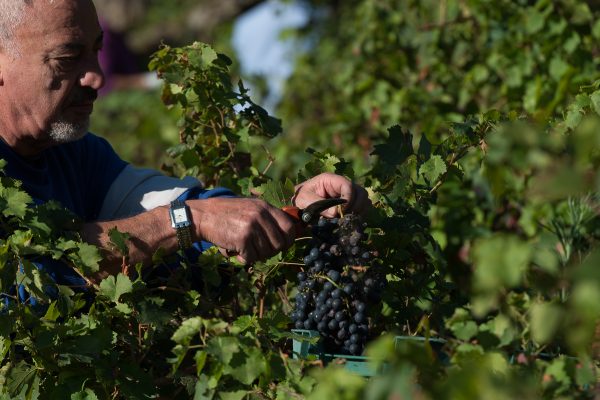 According to the legend, the origin of the Ribeira Sacra wine is found during the Roman domination although its production would be established already in the Middle Ages. Viticulture is the driving force in the area and is spread over several municipalities with different geographical and climatic nuances that characterize the wine production areas. The beauty that the vineyards bring to the landscape is something we cannot miss.

If there is something that characterises Ribeira Sacra wines it is the way in which the vineyards are cultivated, as the difficulty of the terrain means that all the work has to be done by hand, without any machinery. The slopes force the cultivation on terraces and, therefore, the winegrowers must do real acrobatics to move between the vineyards.

And here the wineries have a very important role, as many of them not only produce wine but also organize guided tours to show us how wine is made and participate in different tastings.

An oenologist will explain to us the relationship between wine and the culture and economy of the area so that we can understand its importance. We must bear in mind that the more than one hundred winemakers of the Ribeira Sacra not only want to make their wines known, but also to show the public that their work involves all these processes, but also the safeguarding of a whole culture that is based on wine. 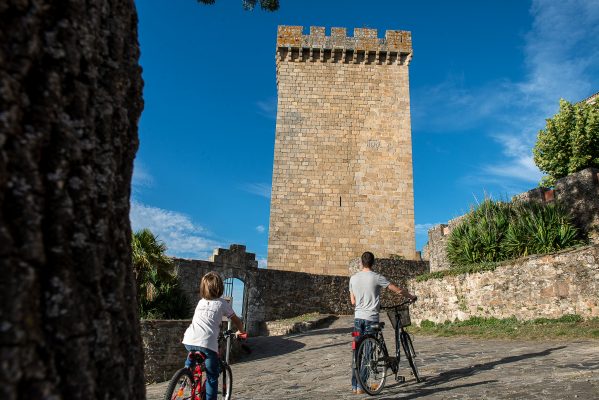 The Romanesque is present throughout the Ribeira Sacra and, in fact, is one of the territories that concentrates the greatest amount of this art in Europe. This is not only a historical and cultural reflection but also has a special relationship with the wine of the area. In the Ecomuseum of Arxeriz, for example, we will not only discover the essence of the culture that emerges around the rivers in the Ribeira Sacra but also that spiritual and even mystical touch that Romanesque art brings.

In the south of Lugo we can do the Romanesque route of the Ribeira Sacra. In this route we can see the church of Santo Estevo de Rivas de Miño, perfectly fitted in the rocky hillside and from which we can see the Belesar reservoir. Not far from there you can visit other churches such as Santa Maria de Pesqueiras, San Vitorio de Ribas de Miño or the Collegiate Church of San Nicolás de Portomarín.

Following the course of the Miño we will find another jewel of the Romanesque of the zone, the church of San Martiño da Cova, located in the Cabo do Mundo, an impressive meander that makes the river in this zone. 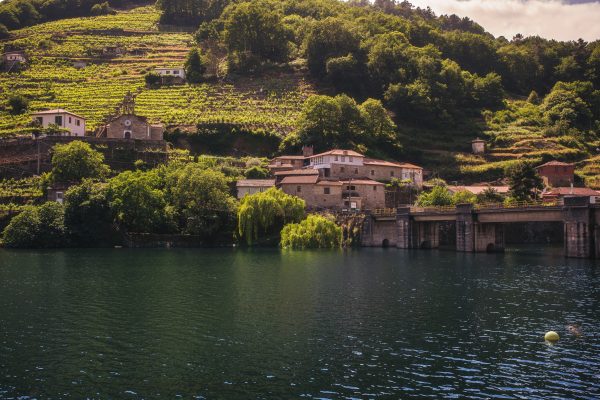 Further south, in the town hall of Pantón, we find real treasures, such as the church of San Miguel de Eire, San Estevo de Atán, San Vicente de Pombeiro or San Fiz de Cangas. But, also, with the Castro de Ferreira de Pantón, in which we will find the Monastery of the Bernardas Mothers, whose origin dates from the 10th century.

We can continue the tour visiting the church of San Pedro de Canaval, Santa María de Proendos and Santa María de Bolmente. Before finishing our visit, we will complete this route by visiting San Vicente de Pinol and San Xillao de Lobios.

And we will not only discover the beautiful rural Romanesque of Ribeira Sacra but also the landscape of vineyards and mountains that surrounds it and gives it that mystical and solitary atmosphere that attracted monks and ascetics to this region during the Middle Ages. It is another way of taking nature walks, discovering rivers and valleys and spending time outdoors in the company of our children.