For tourism in the province of Cáceres, the development of family tourism is a priority, and is one of the main sectors, with a wide range of additional activities for all who wish to enjoy its nature, cultural heritage and gastronomy, without leaving out any member of the family. 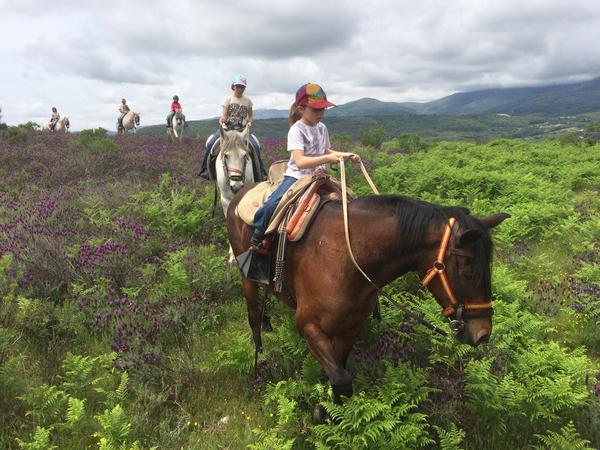 #CáceresExperience combines many of the experiences in the province, many of which pay special attention to travelling families.

These allow the excellent natural spaces in the province of Cáceres to be enjoyed. The routes have specialised guides for families with children from four years old at the Natural Monument of Los Barruecos, in Malpartida de Cáceres, a place unlike others due to the magic of its surroundings, with granite batholiths and spheroidal weathering where one of the largest colonies of the Extremaduran white stork nests. Alternatively, for those who have children over ten years old with good physical ability, there is cycle tourism in Llanos de Cáceres. This activity can be enjoyed at sunrise in a protected natural environment, carrying out the exercise as a family. 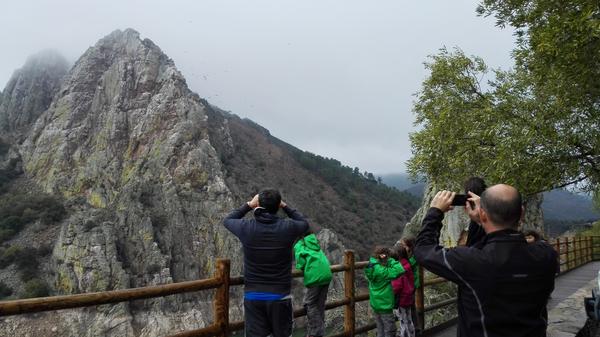 If your children are over six years old and what they like most is climbing, they can go rock climbing at Geoparque Villuercas, Ibores, Jara, which since November 2015 has been considered a UNESCO Global Geopark. It is a good way to admire the fabulous landscape of one of the 11 geoparks in Spain, with a characteristic geomorphology known as relieve apalchense due to similarity to the Appalachian Mountains of North America, where The History of the Earth can be discovered. This area also has the fortune of preserving a significant cultural heritage reflected in the Royal Monastery of Santa María de Guadalupe in its town, and in the Castañar de Ibor caves and the Mina Costanaza de Logrosán mine, allowing geotourism.

Another family experience is canoeing, if you wish to take a route along the tranquil waters of the Almonte mouth, an important historical area of Vía de la Plata. If the waters are low you will be able to see the Torre de Floripes. Don’t miss out on discovering some of its legends.

Without doubt, there are activities which will allow children to enjoy an unforgettable experience, having an adventure among the trees. In Valle del Jerte, the most adventurous families with children over three years old can play among the treetops, with tunnels, ladders, and zip lines, etc. 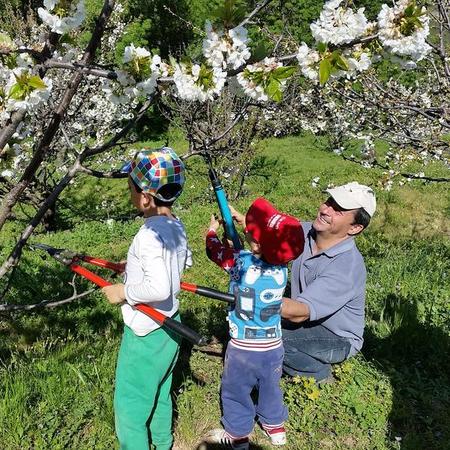 A very informative and fun experience is travelling by boat by the Tajo River in the Tajo International Natural Park, allowing birdwatching and the best of this natural space which stretches to Portugal to be discovered. The park is one of the natural jewels of the province of Cáceres and belongs to the World Network of Biosphere Reserves. It is the second recognition of this type in the province of Cáceres and in Extremadura, as the Monfragüe National Park obtained it in 2003.

In this natural park you can have other experiences as a family, admiring the cultural and gastronomic values, with specialised guided visits to Iberian pig farms, where you can discover how this animal is reared, before reaching our plates as a delicious and inimitable delicacy. 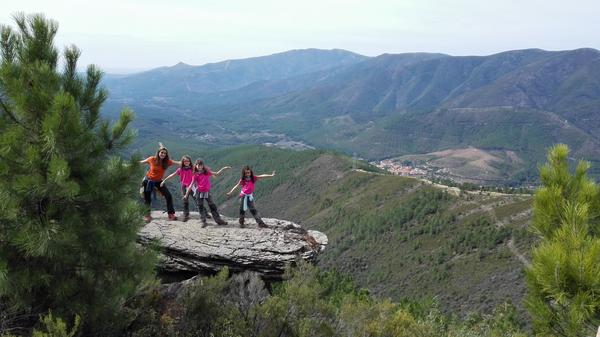 We must not forget Sierra de Gata, a beautiful region of the north east of the province. In the Borbollón reservoir it is highly recommended to take a kayak trip with children and simple typical gastronomic products of the area. If you enjoy cycling, you can participate in a relaxing descent by the BTT route through Sierra de las Jañonas. In Sierra de Gata the dream of many children (and some adults) also comes true – sleeping in log cabins in the treetops. Who hasn’t ever fancied doing this?

The Monfragüe National Park and Biosphere Reserve is the perfect setting for hiking routes, birdwatching, looking at the stars and taking paths that not everyone can access. 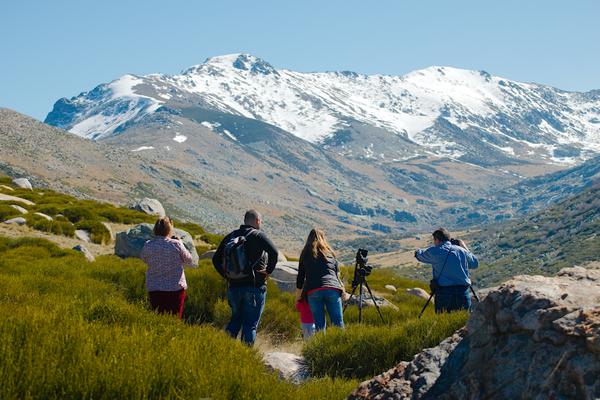 The province of Cáceres has the advantage of having no air pollution. The lack of industrialisation in the past and present has allowed the preservation of its landscape, often unchanged by mankind, as well as the presence of an atmosphere free of pollution. This makes it possible to observe the night sky and learn about the stars and planets. Children of five years and older can participate in these guided visits in Montánchez-Tamuja, Tajo Internacional, Llanos de Cáceres and Sierra de Fuentes. 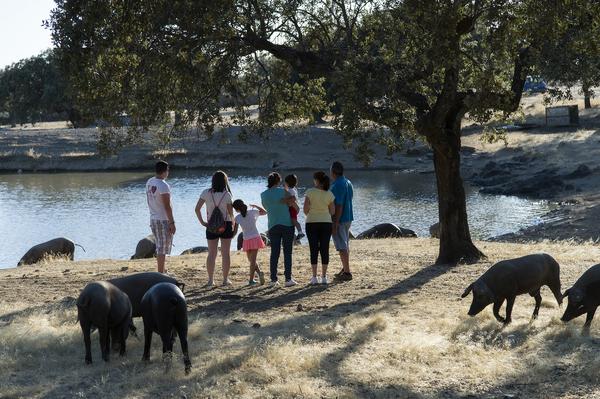 Another activity that can be experienced as a family is agritourism and savouring the rural lifestyle, participating in traditional agricultural tasks, collecting fruit such as cherries and grapes, and harvesting and making wine, depending on the season.

Discovering the typical products of the area being visited is a good way of learning about its culture and integrating with the surroundings; carrying out cooking workshops or participating in the traditional creation of cheese are very fun options for learning to create and cook the food of the province.